Some scenery before winter break. 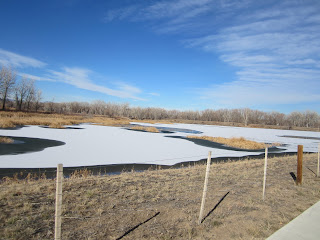 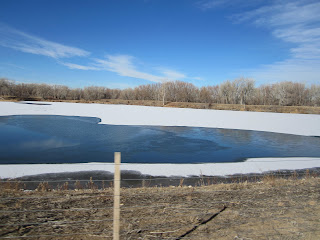 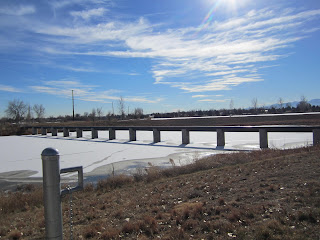 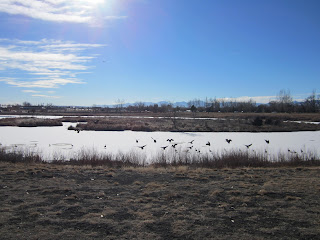 I didn't get my camera out fast enough to catch them in flight right in front of me, but here are geese landing on the lake. 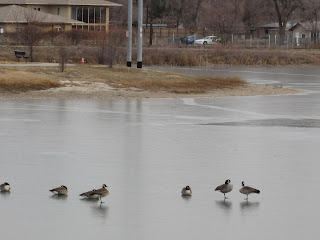 Standing on a different lake. Isn't that awesome? 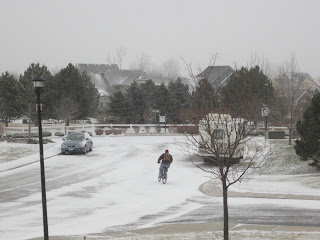 Jamie going to work on a snowy day. The snow was still falling. 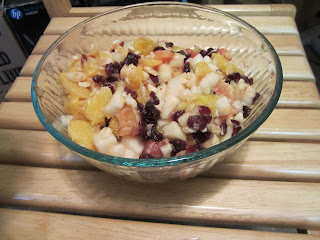 We made fruit salad for Christmas dinner at my dad's. And then promptly forgot about it in the refrigerator until it was time to leave. We scooped some out to leave with him and mom so they could still have some. 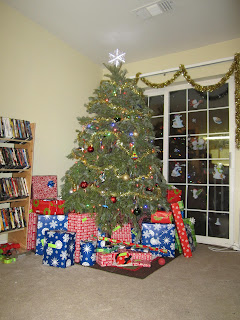 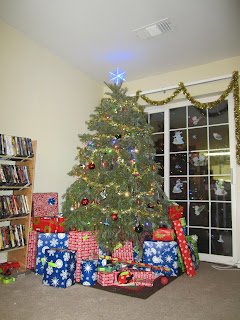 Tree with blue star! Led lights are a PAIN to photograph. I had to get my tripod to be able to take decent pictures. 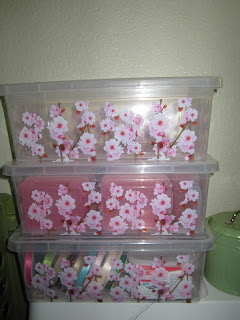 Look what I got for Christmas! Aren't they pretty? Six of these pretty flower bins. 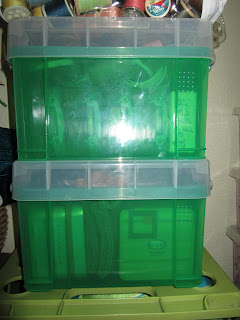 These two green ones. They are Really Useful Boxes. 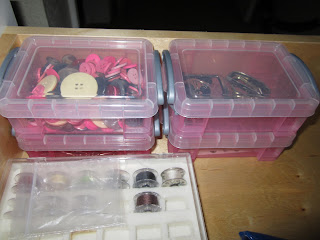 And a CASE of these small pink ones. That's 22! 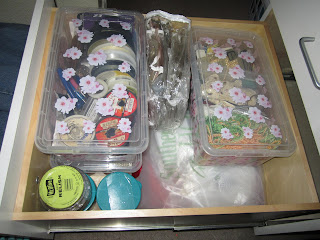 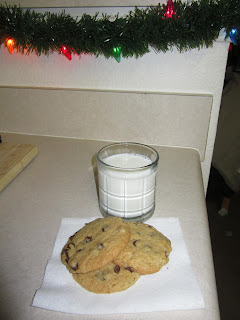 Mammy got me a pretty red bead with a frog crouched on it, and chocolate chip cookie mix.
Mmmm, cookies. 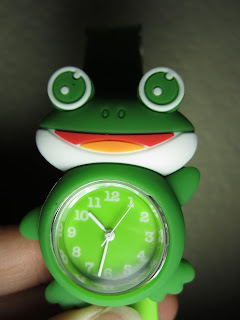 A frog watch! He's awful big for my tiny wrist, but it's ok because he slides completely off the watch band. Or, he may one day decorate my bus, if  ever get a route.

And lastly, pictures from this morning. I rode with Jamie to his work. Some of these were already shared on Facebook, but it occurred to me that I haven't written a blog post in a while.
(Does posting a bunch of photos count as a "writing" a blog post?) 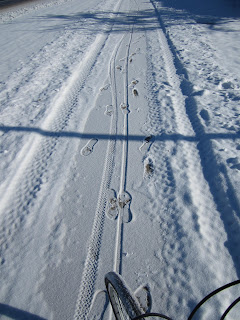 We made the first bike tracks! 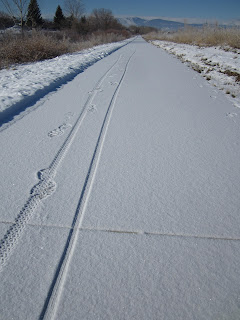 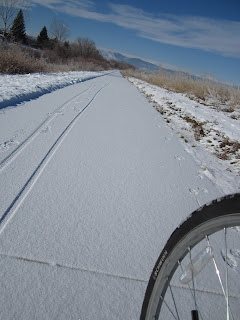 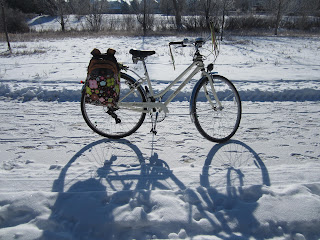 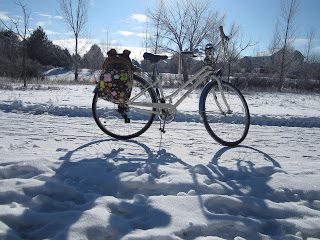 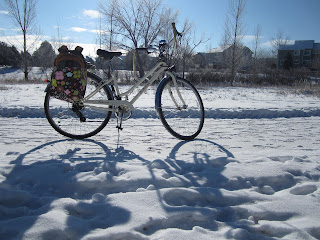 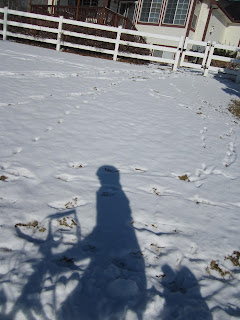 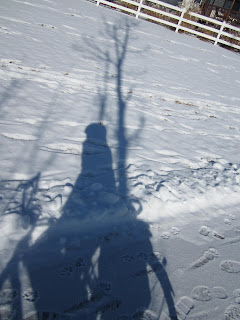 Hard to ride in snow and try to take pictures at the same time... 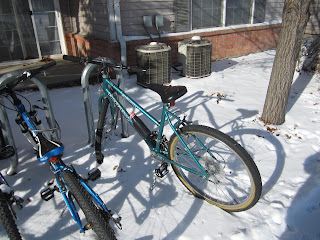 Poor Chainless, out in the snow. It's melted off now, but this morning there was snow all over her. There isn't room in the hallway to park 3 bikes, though.

How were your holidays?
Posted by Red-Eyed Tree Froggy at 11:13 AM