The Fruits of A Bicycle Ride

Remember how I was surprised and happy to find out that the trees in the park were actually apple trees? Well, I went to work yesterday to find out if any new bus routes were up for bid (they weren't) after riding with Jamie to his work. I stopped to pick some apples!

There was a tiny little boy there with an itty-bitty wooden cart getting apples, and a horse paused for a break to munch on some too. Most of the apples on the trees were green, many had tiny worm holes. Most of the apples with red blush were on the ground already. I'm not sure if the ones very high up were even as good as they looked, because it seems there were some birds enjoying those. So, I picked a couple apples off the tree to eat, since I was very hungry. They were yummy, and the thought of a free tasty pie popped into mind. I went around several trees picking reddish apples off the ground, and a few better ones from the trees. I wasn't sure how many I'd need since they were very small, but I got as many as my little tank top shirt basket could hold.

Pedaling past the waterfall, I thought I should stop and dunk my feet in the water- something I've wanted to do ever since I first saw it. I also discovered yellow dust all over my feet at that point, so there was another reason to kick off my flip-flops and enjoy the cold water. I did exactly that, and told a runner about the apples further up the trail.

Then, I came home and found Alton Brown's Good Eats episode on apple pie, since I have never made one before. Good Eats is my most favorite food-related television show. I followed his recipe as best I could, but we didn't have all the ingredients. Instead of Applejack liquor in the crust, there is Appleton rum. It has "apple" in the name, that's close enough, right? I had to use strawberry jelly instead of apple jelly in the filling. We didn't have tapioca flour for the filling, so I used regular. That might be why it was still a bit runny when I cut into it. Overall, though, I'm very pleased with my very first attempt at pie made from scratch, and with teeny tiny free apples! 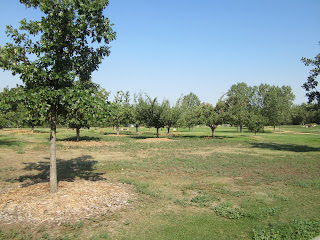 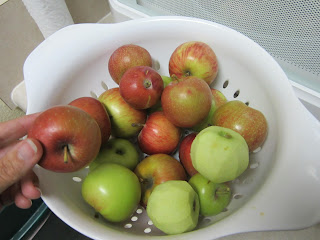 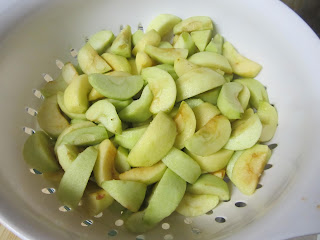 All peeled and cut up. 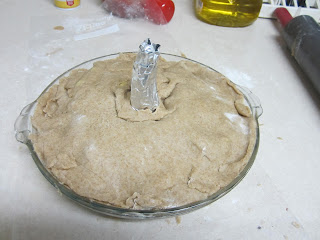 Uncooked pie, with an aluminum foil pie bird. I might have to get a real one, they are super-cute. My first try at pie crust isn't too bad, I think. 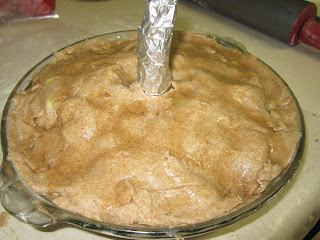 Uncooked, but now with glaze on top. We don't have a brush to properly get it on there. 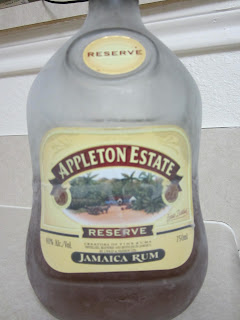 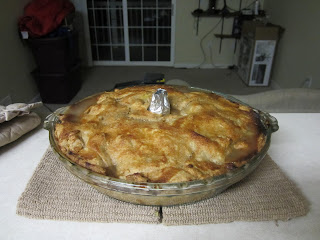 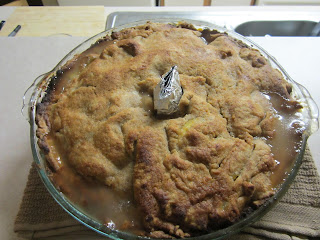 You can see that my bad crust job let some filling bubble through- exactly what the pie bird would have prevented. 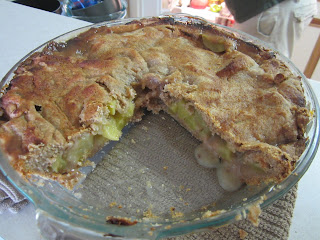 Two slices cut out decently. Ah, the filling is still a bit runny. 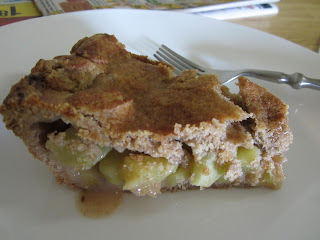 This was really yummy!
Breakfast of champions, maybe not, but it certainly makes a great reward for yesterday's efforts.

(Oh, and I received a call this morning- I get to be a bus assistant! That's better than a substitute until I can drive my own bus route. Happy Friday-Eve!)