Firstly, I would like to say that I love fleece.

I first got some in order to make my froggy Halloween costume. I had lots of green fleece left over, and very cold hands during my bike ride in to work as the temperatures started dropping. So, I literally traced my hand and made myself some very simple mittens- more like hand pockets, really. I also cut a strip off the bolt to use as a scarf. I am continually amazed at how much fleece can do.

I wore my frog suit for Halloween. The temperatures that day got up to 74 degrees, and while I was definitely hot, I was not suffering. I did not feel sweaty because fleece wicks moisture to its outer surface like wool so it's not next to your skin. I also could feel a breeze through the fabric when it blew.
Now, temperatures have been as low as -3 degrees. I admit it! I wore my froggy fleece onesy pajamas to work. I was SO comfortable! I had jeans over the lower half, and my upper half never gets unjacketed in the morning anyway, so no one knew unless I told them. My legs survived -3 in one layer of fleece! My hand-pocket mittens got an upgrade for that temperature, but the original version works great from 50 down to 15. To brave that extra-cold morning I cut a flap out that would cover my fingers by folding over them from where they meet my palm and ending somewhere at the back of my hand so that my knuckles were protected from wind. Comfy hands at last! At -3!! 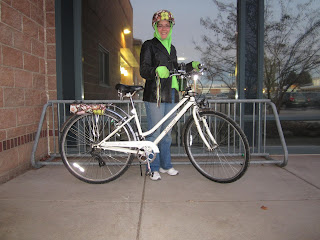 So I love fleece.

My current project is reconstructing my green rain cloak to give it a fleece lining. I didn't like not being able to wear it due to the PUL fabric having that plasticy rubbery backing. I figured the cold would cling to it and transfer it to me whenever the fabric touched me. Also, eventually we might have wet snow here that would stick to me instead of this dry powdery stuff that blows around- so I need to be able to wear it. I decided to fiddle with the cloak.

Now, I know nothing about installing lining, I'm sort of winging it here. I think I made it more difficult than it had to be. Instead of simply creating a second cloak and just attaching it the insides of the one I have, I wanted it to be secure. I've re-done the arm slits to have an invisible zipper so they can be closed. I added the pockets that were skipped last time, but the flaps are upside down so water or snow won't get in there. I like the pleat in the back panel, so that was sewn special and the yoke is the attachment point for everything. That made everything more difficult when it came to finishing up the neckline, but I've got it done, if not perfectly.

What's really annoying me this close to being DONE, however, is that my sewing machine refuses to sew button holes into fleece. There is something about it that makes the top thread not catch the bottom thread at all, and so I spent a VERY long time last night ripping out a bungled buttonhole.

I was very mad.

But, now, after Googling just a little bit, I've found a solution. It's called a bound buttonhole, and it's pretty much exactly how I was instructed to install the arm slit welts and pockets. Here's how to do one, since I thought it was pretty awesome. I got my directions at this website. 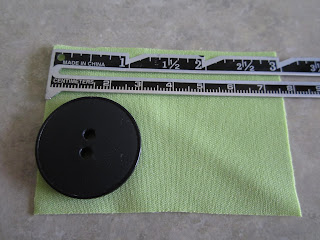 Cut out a square of fabric. I just cut out a big one because I plan on trimming it anyway. 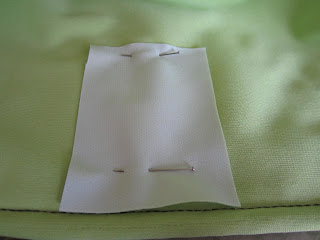 Pin it right sides together where you need a button hole. 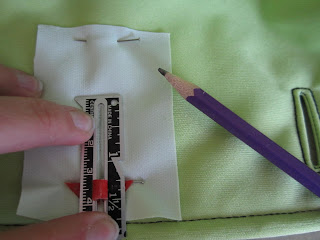 Draw a line to represent your buttonhole. 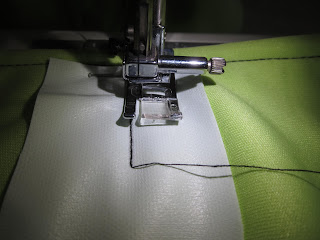 Sew a rectangle around your line. In my case, I thought it easier to sew on my line. 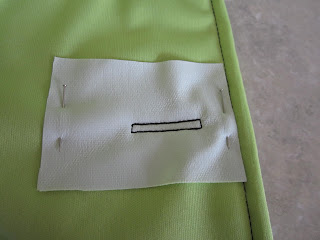 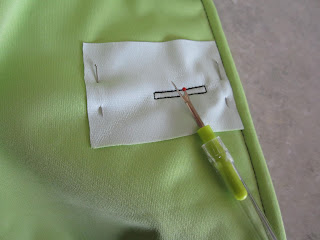 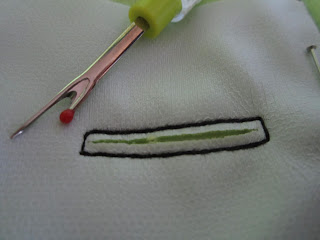 ...To do this. Truely, you should also clip to the corners at an angle, but since I'm making the holes as tiny as possible, I just ignored that part. 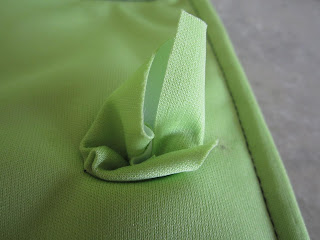 Now, turn your fabric square inside out through the cut. 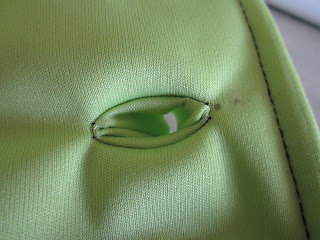 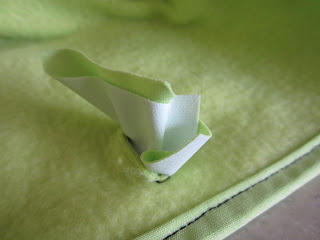 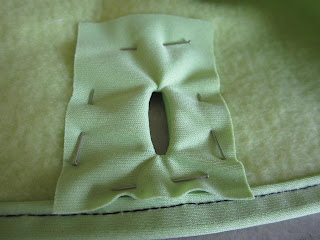 Pull out the square and pin it flat like this. 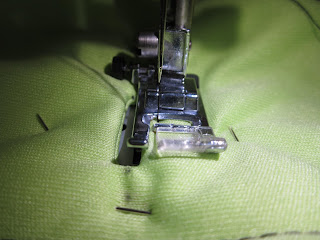 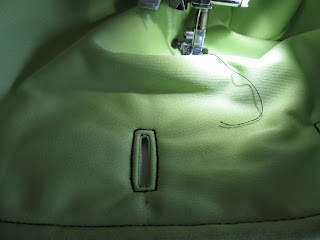 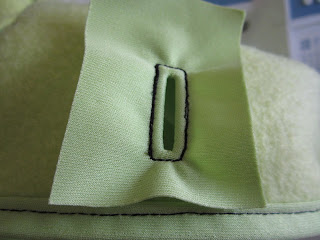 View from the back side. 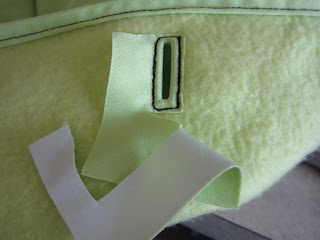 And now trim the extra off. I can go really close because my fabric won't fray. 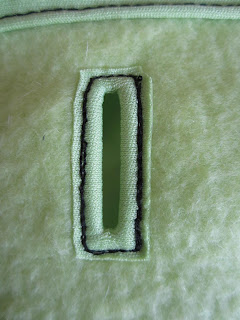 Inside view of the finished button hole. 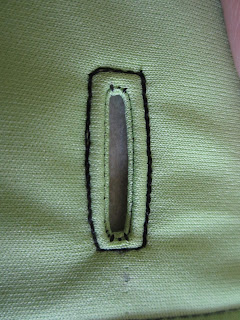 Yucky outside view.
Hey, it's better than not being able to close my cloak.

Stay tuned for a post about my new cloak! It's almost done!
Posted by Red-Eyed Tree Froggy at 12:26 PM